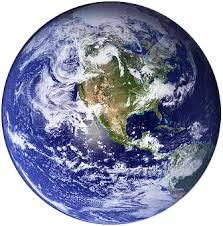 “The greatest illusion in this world is the illusion of separation.” – Albert Einstein

You know those perceptual illusions where you think you see one thing, but if you look more closely, you can see something else?  In one moment you perceive a goblet, and in another, you see two human profiles? Or, to borrow the image of kintsugi from part one of this blog, in one moment you see broken ceramics. Look again through different eyes and you see a beautiful gilded bowl.  We might all do well to cultivate access to such a perceptual shift when perceiving the present state of the world. We can readily see the divisiveness, but then, as the world first did when Neil Armstrong took a giant leap for humankind, we can marvel at the view of the earth from the moon, seeing a breathtakingly beautiful blue-green floating globe. We can mourn the pain and seemingly endless conflict around us, and then we can remember Helen Keller’s words, “Although the world is full of suffering, it is also full of the overcoming of it.” For as long as there have been examples of divisiveness, there have been instances of the overcoming and healing of it.

Mental health professionals are well situated to contribute to the capacity to see “both/and” instead of “either/or,” to support delving deeply into the richness of living with what are first seen as contradictions. As therapists we are trained to apply such skills in working with individuals, families, and organizations. And we can broaden those applications anywhere and everywhere. Integrating complex and sometimes contradictory truths is a potent healing tool. In fact, an essential step in addressing symptom patterns (including worldwide symptoms of intergenerational and international misunderstanding) is to reduce the shaming and blaming around them. Carl Rogers said, “The curious paradox is that when I accept myself just as I am, then I can change.” That paradox proves itself over and over again.

By way of example, I see a client I’ll call “Susan,” who is, on the one hand, a thoughtful, successful professional, a respected community leader and a wonderful parent, but who, on the other hand, has been plagued by cycles of intense fear, anger, self-doubt, and shame. Susan’s seemingly “unwelcome symptoms” can be confusing for her, and her shame, anxiety, and anger can confound her husband at times. Yet these strengths and vulnerabilities are all part of Susan. (Can’t we say the same is true of our world and all our communities – full of strengths and vulnerabilities that confuse and confound?) Working with Internal Family Systems therapy (Schwartz, 1995; Holmes, 2007) and the Structural Dissociation model (as elaborated and promulgated by Janina Fisher, www.janinafisher.com), Susan and I steadily and relentlessly seek to cultivate her “Wise Self” who can witness, understand, welcome, and yes, even LOVE, the differing perspectives of each of her “parts” rather than be completely identified or “blended” with them. From this space of mindful witnessing (via pre-frontal cortical skills), a Wise Adult Susan can observe her (subcortical) habitual primitive self-doubt, shame, rage, and fear. She can grieve over their years of necessity and utility based on her early childhood experiences. Through this tender, deep grief, she transforms. Rather than staying mired IN the polarized parts, Susan is gradually finding a wiser, calmer stance toward them that helps integrate them. Paradoxically, she is feeling more “whole” and acting from a more  coherent Self by acknowledging and respecting the different experiences of her “parts.” Can we aim to do the same communally: acknowledge, grieve, and help the rampant intergenerational and international misunderstanding by coming to see the current divisiveness as a call to action, action from our own Wise Selves, and from our ultimate interconnectedness?

In this moment in history we are all in need of cultivating access to our Wise Selves and our ultimate wholeness and connectedness – to give up what Einstein called the illusion of separateness – in order to help acknowledge and heal the complex divisions in our world. In the 1960’s, family systems therapy brought about a paradigm shift in psychology, broadening the traditional scope of our field’s tendency to view “psychopathology” as being housed in an individual to recognizing that the whole “family system” needed attention and healing. The time is ripe to build upon the principles and practices of family systems therapy and Internal Family Systems and Structural Dissociation “parts work” (akin to Susan’s therapy) to broaden our perspectives on the sources of and solutions to the problems in our world on a community and global level . We cannot rid the world of problems by destroying the voices of opposition (and that means in both/all directions), just as we cannot simply eliminate Susan’s angry bouts without listening to the pain from which they derive. I do not know the exact paths to solve the problems, but I do know that they will evolve and come from a place of wisdom and compassion rather than from subcortical defenses of blaming or “getting rid of” a single person or worldview. We have many examples to emulate, e.g., The Truth and Reconciliation movement and many other programs whose missions involve increasing understanding between communities which have held longstanding intergenerational hostilities and conflicts.

It gives me radical hope to consider the fact that we humans have “grown our cerebral cortex” over the millennia by facing challenge. (Brain size has tripled over the course of human evolution; growth in the cerebral cortex accounts for most of that change.)  Now, let us further “evolve our brains,” as Tara Brach says, and learn and act from the truth of love and connectedness, practicing the ongoing work of healing by recognizing that our fates are ultimately linked – as the example of the internal healing work with Susan’s “parts” illustrates on an individual basis. Rumi said, “The wound is the place where the Light enters you.” May we partner in finding, creating, and being the light, right in the wound and illusion of separateness and brokenness.

I count on the truth of Martin Luther King, Jr.’s assertion, “The arc of the moral universe is long, but it bends toward justice.” Let us keep being flexible and participating in the bending toward justice. May we be present to the beautiful potential of the human heart and the natural world and communities worldwide to heal and grow, as we advocate and participate actively to make that happen, each in our own ways.

P.S. Click here to see part one of this blog.